Slackline backup (on the ground)

Here you will find explanations on how to make a backup on your system, in order to prevent projection if one gear breaks.

These technics assume that your anchor is resistant enough for your setup.

Chosse your anchor with care, every time.

Below how to make a backup on :

The backup is a solution to prevent from projection of gear in case one element breaks, due to a bad installation or gear stress.

Even with the use of a backup, precautions are important :

During tension, put the backup as soon as possible. Most of the break appears during setup.

Don't forget to remove your backup before de-rigging the slackline, else backup knots will be too tight to remove.
If the backup is used due to a malfunction or a break, the gear should be discarded!

Here are some example of backup. This is not THE solution, a lot of backup are possible.

For jumplining, industrial slings and shackles are the safest solution, then the backup is useful. 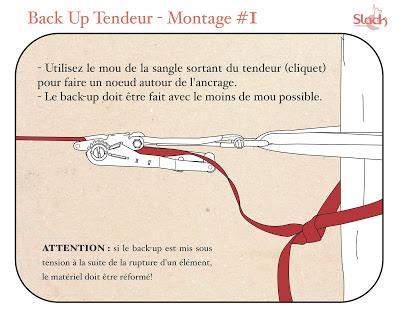 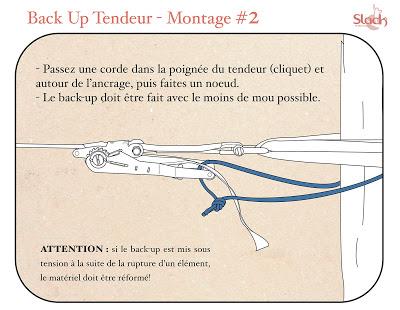 Video of a backup breaking test on the ratchet handle : 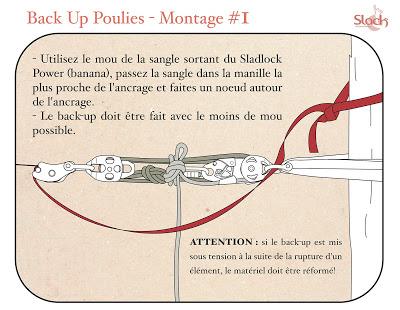 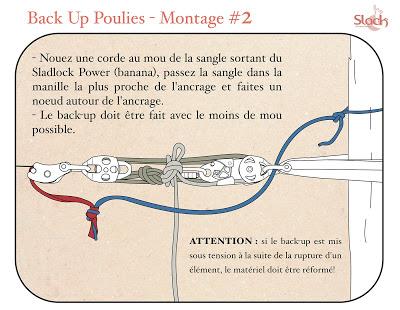 The slack of the rope can be used for additional backup.

Backup on a Sladlock Power (banana)

Backup on a loop 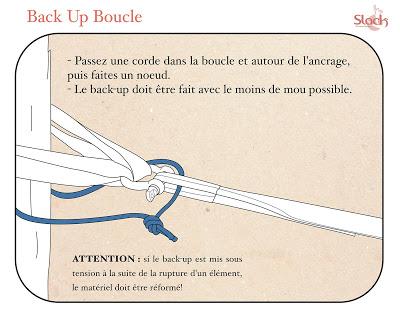